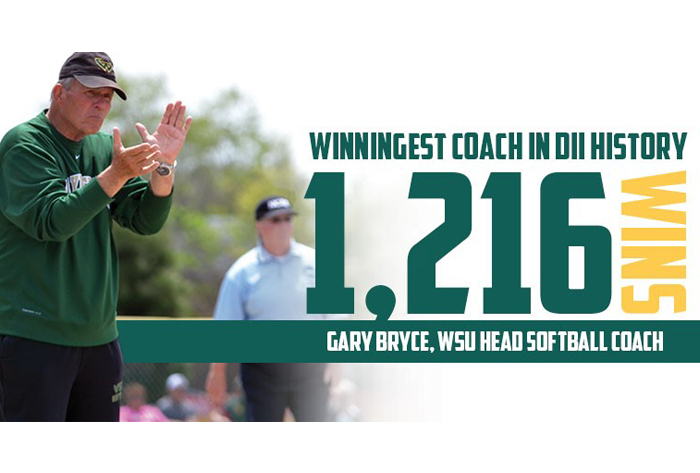 , in his 36th season at WSU, became the all-time NCAA Division II wins leader as the Warriors blanked Lincoln (Pa.) in their opening contest of the 2017 Shaw University Invitational. Bryce snapped a tie with former Bloomsburg coach Jan Hutchinson (1978-2010), who garnered 1,215 wins in her 33 seasons.  Wayne State kept the momentum after the historic victory, by shutting out Chowan 3-0 in the nightcap.

Bryce, a 2008 NFCA Hall of Fame Inductee and current Division II representative on the Association's Board of Directors, has led WSU to 10 NCAA tournament appearances in the last 11 seasons. During his tenure, he has built one of the most successful collegiate programs among Michigan universities and colleges, compiling an 1217-705-8 overall record.