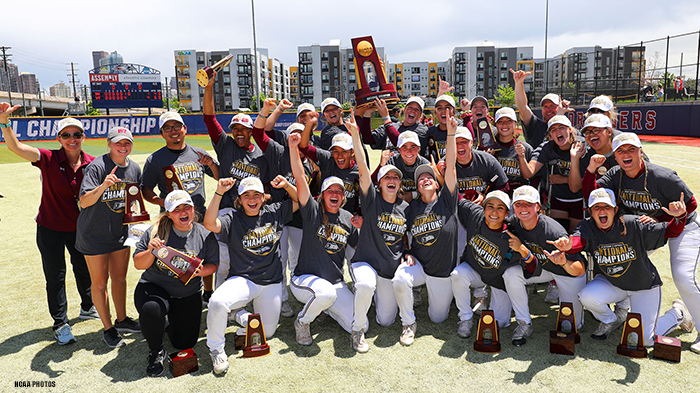 After five scoreless innings, the Lady Buffs (43-12) found themselves down 1-0 after Kayla Neff’s solo home run with two outs in the top of the sixth. It was Neff’s third long ball of the tournament.

In the bottom half of the frame, Shanna McBroom led off with a single back up the middle. With one out, Erica Vessel was plunked and Alyx Cordell drew a walk to load the base for Valforte. The freshman deposited the first pitch from Paige Austin deep over the centerfield fence for the go-ahead homer.

Kyra Lair (25-6) went the distance for WT allowing a run on four hits with a strikeout and two walks. The sophomore hurler finished the tournament 4-1.

For Austin, that was the only blemish on an otherwise stellar championship week. The junior twirled 34.1 scoreless consecutive innings before the long ball ended the streak. Austin finished 4-1, tossed shutouts against the top two ranked teams – Augustana and North Georgia – in the country and a third in game one of the championship series versus the Lady Buffs.