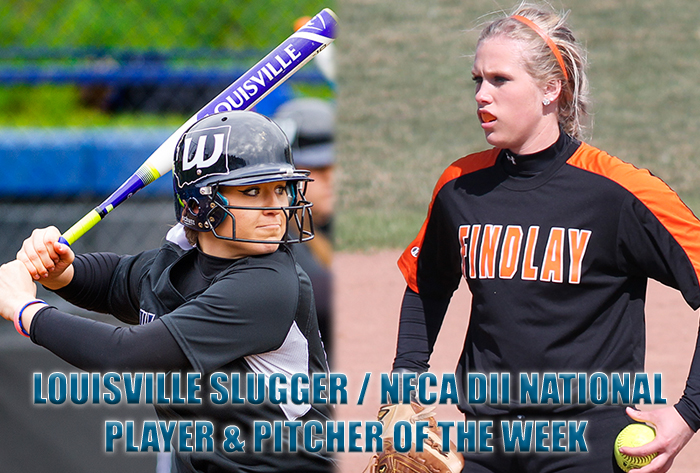 A West Richland, Wash. native, Benson capped her week off with back-to-back five-RBI performances at Montana State-Billings. She launched two long balls and scored three times in the opener and continued her red-hot bat in the finale, going 2-for-3 with a homer, run. Benson walked seven times during the four-game series, and also homered, knocked in four and scored three times in the opener against the Yellowjackets.

“Emily had a fantastic approach at the plate all last week and was just really locked in,” said head coach Amy Suiter. “It seemed as if she was an instant RBI each time she stepped to the plate. The most impressive thing about her numbers this season is that she isn’t trying to do too much. A lot of her home runs have been to the opposite field and she has had that approach the whole season. Not trying to do too much. It’s been fun to watch.”

Backed by a no-hitter, McManaway was nearly unhittable last week for the Oilers. Allowing no runs and just one hit over 16.2 innings, the southpaw was 3-0 with a save, 37 strikeouts and held the opposition to a .019 batting average. The no-hitter came in the middle of her dominating week as McManaway struck out eight and walked one in a six-inning triumph.

"Being named national pitcher of the week is a big honor and sets the bar very high for the rest of the season and my career, said McManaway. "This week, the rise ball was working really well and I was able to keep the hitters on their toes. In the no-hitter, I was lucky to be backed by my teammates, who played great defense. Overall, the team meshed well this week and picked each other up to get us to the nine-game winning streak."

Hailing from Wellston, Ohio, McManaway struck out the side to earn a save in her first appearance of the week against Lourdes The hurler came back in game two and struck out 12 over 4.2 innings to help complete the twin bill sweep. Following the no-no, McManaway fanned a season-high 14 batters over five innings against Lake Superior State. The reigning Great Lakes Intercollegiate Athletic Pitcher of the week is 11-1 this season with a 0.40 ERA and 108 strikeouts in 70.2 innings.

"This is a wonderful honor both for Chelsea and for our team. Chelsea is a selfless player who is solely focused on the success of the team, rather than individual honors."