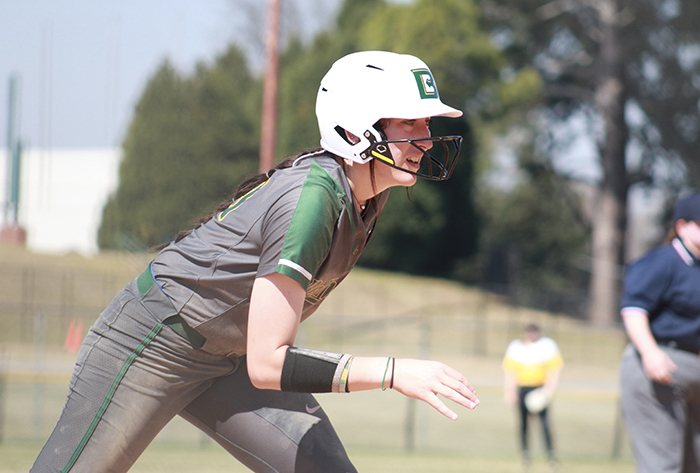 COLUMBUS, Ga. – On a warm and sunny Friday, the 2022 NFCA Division III Leadoff Classic kicked off play with 24 games at the South Commons Softball Complex. Alma, Belhaven, Berry, Christopher Newport, Linfield, Pomona-Pitzer, Texas Lutheran and Virginia Wesleyan all came out of day one with 2-0 marks in a tournament field featuring 15 programs ranked or receiving votes in the NFCA Division III Top 25 Coaches Poll, including five in the top 10.

An early-inning barrage in each game powered Alma to a pair of day-one wins over Central and MIT. The Scots pushed six across on five hits in their 10-2 five-inning win over the Dutch. They followed that with a seven-run, six-hit first and went on for a 9-4 win over the Engineers.

No. 18 Belhaven defeated No. 1 DePauw, 4-1, in its opener and walked off a 1-0 nine-inning victory over No. 16 Trine. A two-run error by the Tigers in the sixth allowed the Blazers to grab the lead and go on for the win. A perfectly-placed squeeze bunt by Abby Trahan pushed across the winning run with one out in the ninth.

No. 17 Berry raced out to early leads in both of its victories. In their 9-3 win over No. 4 East Texas Baptist, the Vikings scored four over the first two innings and pulled away after the Tigers made it a one-run game in the third. Katie White, Paige Bennett and Katie Parker each knocked in two runs. A five-run second gave Berry a 6-0 lead over Salisbury as it held on for the 7-4 victory in its second contest.

No. 3 Texas Lutheran knocked off No. 15 St. John Fisher and RV Coe to open tournament play. Ashley Strother struck out 11 and the Bulldogs held off a late Cardinal rally for a 5-3 victory. Then, trailing Coe 5-3, TLU scored five unanswered runs in the fifth and sixth innings to rally past the Kohawks, 8-5. Chassety Raines tied it with a two-run blast in the fifth and Bailey Hudgeons won it with a three-run long ball in the sixth.

No. 19 Christopher Newport blanked No. 16 Trine, 5-0, and edged Illinois Wesleyan, 4-2. In their opener, freshman Katie Alger carried a perfect game into the seventh and finished with a one-hit shutout, fanning 11 and walking one. Brooke Greaver’s two-run homer was the big blow for the Captains in the first. Against the Titans, Sarah Proctor scored three of the CNU’s four runs.

No. 20 Linfield registered 27 total runs in wins over Claremont-Mudd-Scripps and Manhattanville. In a 11-1 victory over the Athenas, Claire Seats knocked in six runs, four coming on a grand slam, while Tayah Kelley went the distance in an 11-strikeout, complete-game win.

Pomona-Pitzer opened with a 3-2 triumph over No. 14 Piedmont and followed with a 11-0 run-rule win against Emory. In the nightcap, the Sagehens recorded 11 hits, three each off the bats of Devin Waddell (3-for-4, HR, 4 RBI) and Lauren Ziment (3-for-3, 3 R). Erika Rivera and Kailey Newkirk combined on the shutout.

Behind a 12-hit attack, No. 2 Virginia Wesleyan opened with a big 12-0 five-inning victory over Illinois Wesleyan. They followed that with a 5-4 walk-off win against No. 1 DePauw, as Caitlin Myers’ sac fly brought home the winning run in the seventh.

Action begins at 10 a.m. tomorrow with another 24-game slate.