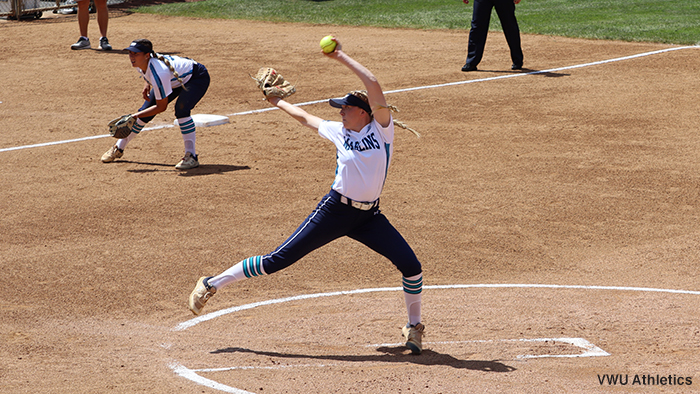 The (45-5-1) Marlins scored all four of their runs in the first inning and Hull retired 17 of Texas Lutheran’s final 18 batters (one walk) following Haley Padilla’s second-inning two-run homer.

Sarah Metzer preceded Padilla’s blast with a single to right to account for the (35-5) Bulldogs’ only other hit in the contest. Sydney Ouellette went the distance in the circle for Texas Lutheran, allowing six hits and four earned runs in the loss.

Katelyn Biando added two hits and Madison Glaubke had a triple for the Marlins, who are one win away from their third national title in four NCAA tournaments.

Conversely, the Bulldogs need to beat Virginia Wesleyan twice on Tuesday to repeat as national champion. Game two of the series is slated to start at 11 a.m. ET., with a third winner-take-all contest to follow if needed.