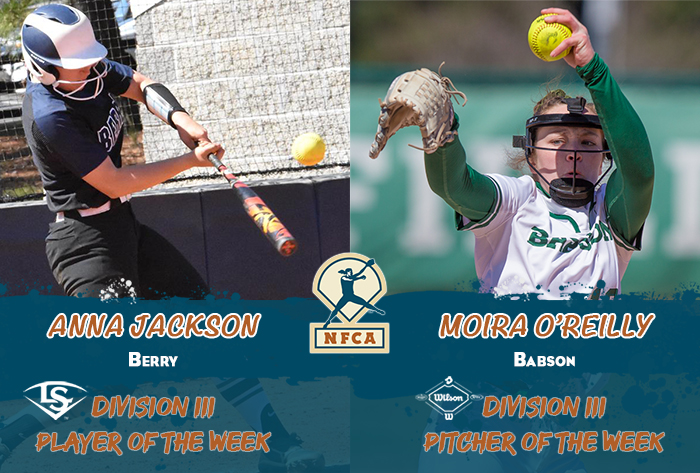 Jackson, a sophomore catcher from Suwanee, Ga., hit .611 for the week, with 10 runs, two doubles, two triples, two home runs and 10 runs batted in. The returning NFCA third-team All-American was 3-for-3 and a single shy of the cycle in the first game of a doubleheader versus Centre, and raised her season average to .407.

O’Reilly, a sophomore left-hander from Columbus, Ohio, had a career-high 15 strikeouts in a two-hit shutout against UMass Dartmouth, then pitched the Beavers to wins in both ends of a twinbill with Worcester Polytechnic. For the week, she was 3-0 with a 0.44 ERA, just four walks and 30 strikeouts over 16 innings of action.