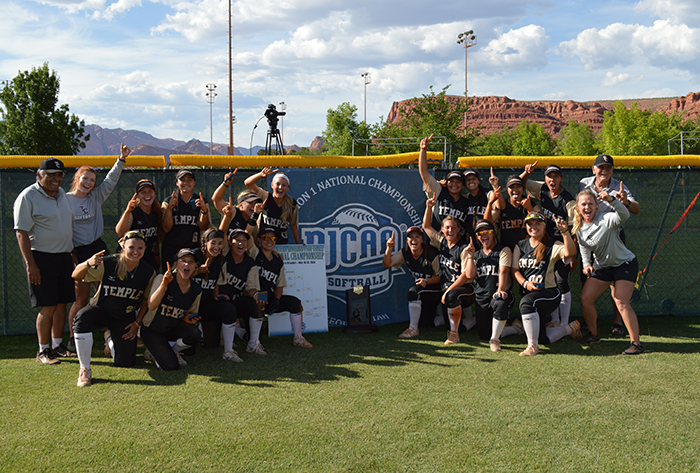 Temple entered the national championships as the third seed and cruised to the final day by winning its first four games. After dropping their first game of the tournament to No. 2 Chipola, Temple rebounded with a 6-1 victory in the winner-take-all final. Three of the Leopards’ five wins came against the last three national champions (Butler, 2016-17, Chipola, 2015) They are just the second program from Texas to win a NJCAA softball championship. Zaleski, who was named coach of the tournament, led Temple to a 47-8 record, a Region V North title and an 8-2 mark in postseason play.