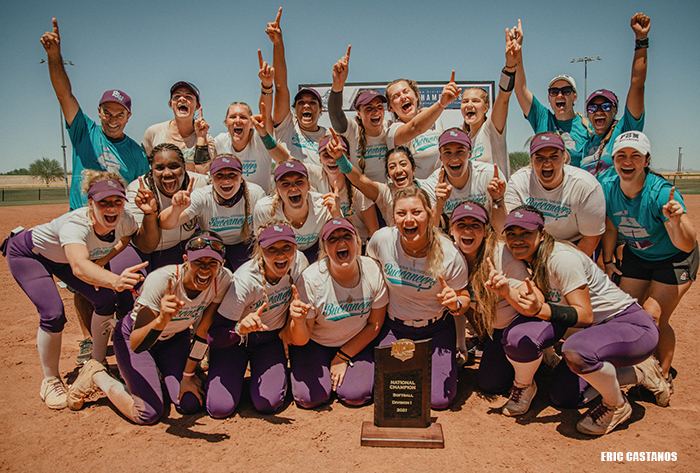 Trailing 1-0 since the third, the Bucs (48-4) evened the score in the sixth on a Taylor Jensen home run. In the pivotal seventh, a pinch-hit two-run single by Chelsea Brown put FSW on top 3-1. After a pair of infield singles loaded the bases, Natavia Ellis drove in two more runs with a single to left for the 5-1 advantage.

Alyssa O’Donnell slammed the door shut as she induced two flyouts and ground out to cap off the comeback win. O’Donnell allowed an unearned run on five hits with two strikeouts and zero walks.

Owen Bowers and Rebeca Laudino each posted two hits for the Bucs.

An RBI single by Hailey Vess gave the Vikings the lead in the third. Dylann Kaderka (31-4) suffered the defeat, going the distance with three strikeouts and zero walks.

The Bucs started a new tradition with the championships in Yuma, Ariz. for the first. The team celebrated by jumping into the Colorado River. 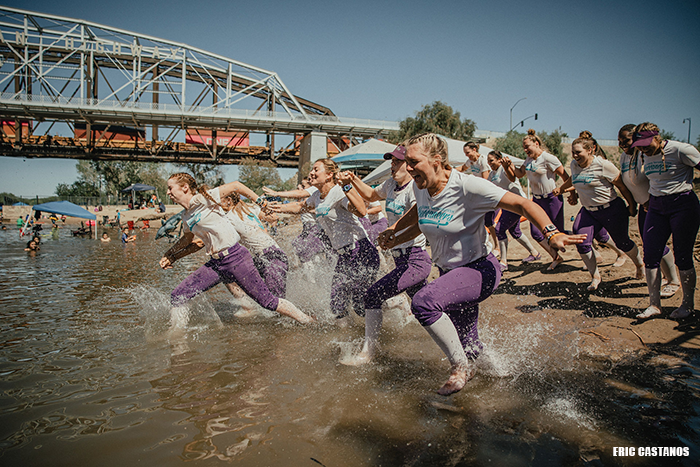 FSW reached the final with a 10-2 win over San Jacinto on May 28. Natavia Ellis was the offensive spark with two home runs and four RBI for the Bucs. Florida SouthWestern went undefeated (6-0) in its title run. Outside of today’s game and a 2-1 win over Butler, the Bucs scored in double figures in their other four victories. That included a wild 14-13 win over Seminole State in which they walked off with a four-run seventh.

Grayson, making its first championship appearance, knocked off Yavapai and San Jacinto-South on May 28 in the consolation bracket to advance to the final. The Vikings (49-6), who also topped Seminole State in another elimination game on May 26, posted a 4-2 overall mark in the tournament. All six games for the Vikings were close affairs (four runs or less), which included a one-run win and a one-run defeat.