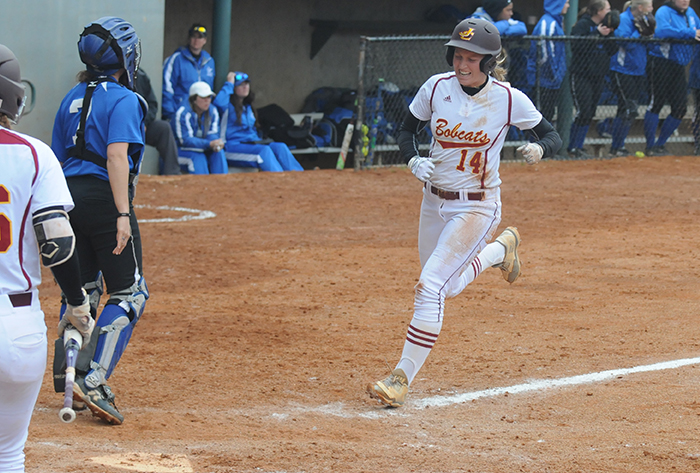 Columbus, Ga. – The 2017 NFCA NJCAA Leadoff Classic came to a close on Sunday afternoon in a weather-shortened day of action at the South Commons Softball Complex. Eight teams took the field with No. 16 (DI) Shelton State, No. 1 (DII) Jones County, No. 5 (DII) Kirkwood and No. 6 (DII) Des Moines Area coming out on top.

The top-ranked Lady Bobcats (18-0) finished the tournament 5-0 after an 8-0 six-inning victory over Lansing, giving head coach Chris Robinson his 300th career win. Jones County and No. 1 (DIII) Rock Valley College (4-0) as the only two undefeated programs this weekend.

JCJC jumped out to a 6-0 lead, scoring two in the first and four in the second, and added single runs in the fifth and sixth innings to close the game out. Haylee Morse and Amanda Holliday combined on a three-hit shutout, while Autumn Frost went 3-for-4 with a home run and three RBI.

The Eagles (14-1) thumped Illinois Central 9-0 in five innings. Lexi Kinnaird tossed a one-hit shutout with eight strikeouts and one walk. After a scoreless first, Kirkwood put a five-spot on the board in the second and a three-run home run by Maddie Hansen pushed it to 9-0 in the fourth.

After grabbing 4-0 lead, Des Moines Area held on for a 4-3 victory over No. 19 CCBC Catonsville. The highlight of the contest was a three-run inside-the-park home run by Sara Heagy that got the Cardinals within striking distance in the sixth. CCBC proceeded to load the bases in the same frame, but a fly ball to left ended the threat.

Shelton State scored two runs in the first and went on to defeat Indian Hills, 3-1. An RBI double by Madison Chambers and Haley Britt’s run-scoring single put the Buccaneers on the board. The Warriors’ Kassidi Henderson cut the deficit to one with an RBI double, but that would be the only offense for Indian Hills. Shelton Stated added an insurance run in the fifth and used a total of three pitchers in the victory.