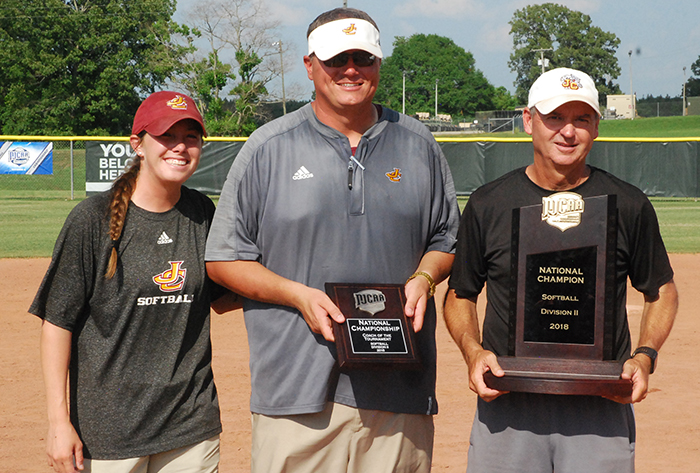 JCJC compiled a 54-3 record and became the first program from the MACJC to win a national title in softball. It was the fourth try for the Bobcats, who had finished runner-up three time, including. JCJC opened the season 33-1 and after dropping a doubleheader to Itawamba concluded the campaign with 21 straight victories.

The Bobcats claimed their third straight MACJC and Region 23 titles. At the national tournament, they outscored their opposition 69-12, which included a 18-2 win over Phoenix College in the title game. In nine seasons, Robinson has compiled a 391-96 (.802) recording, including a 200-21 (.905) the past four years. Herrington works with the pitchers, who posted a 1.30 ERA, first in the MACJC and second in NJCAA DII. Durham, who works primarily with the hitters, guided the Bobcat bats to a conference-best .364 average and 66 home runs. The long balls ranked third in the nation.