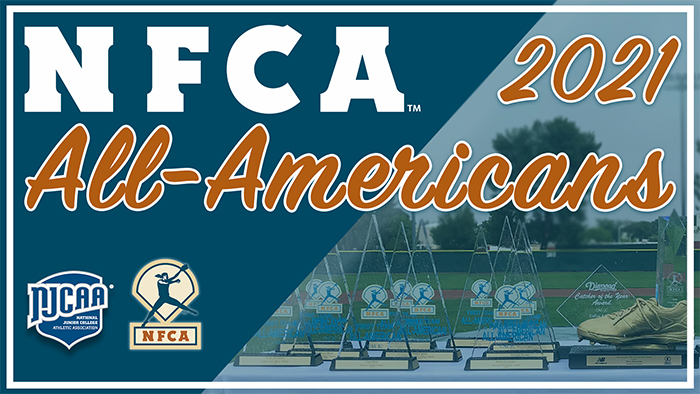 Rock Valley freshman Jenna Green was the All-America catcher, batting .424 with 40 runs, 15 doubles, two triples, nine homers and 50 RBI, and made just two errors in 204 chances across 45 games behind the plate.

Suffolk’s freshman Deja Farmer earned All-America first base honors. She hit .479 with 27 runs, four doubles, two triples, seven homers and 34 RBI, and made just one error in 144 chances in the field.

Herkimer freshman Madison Ihnat was the pick at Utility/Pitcher, while Rowan College South Jersey Gloucester Campus sophomore Macenzie Long rounded out the team with her selection at DP or Utility/Non-Pitcher.

The versatile Ihnat helped propel the Generals to a third-place finish at nationals with .476 average, 12 doubles, three triples, six homers and 34 RBI. She was also Herkimer’s primary pitcher, going 10-3 in 13 starts, with 11 complete games, 54 strikeouts and a 3.21 ERA over 80.2 innings in the circle.

NFCA All-Region and All-American athletes must be nominated by their NFCA-member head coach, are voted for by the coaches in their region or division, and ultimately selected by elected All-American committee members to receive this prestigious accolade.  These honorees are in the top 1% of student-athletes competing during the 2021 season.  All special awards are also selected by the All-American committee members or by the entire division.  Due to COVID-19, no awards were presented in 2020.