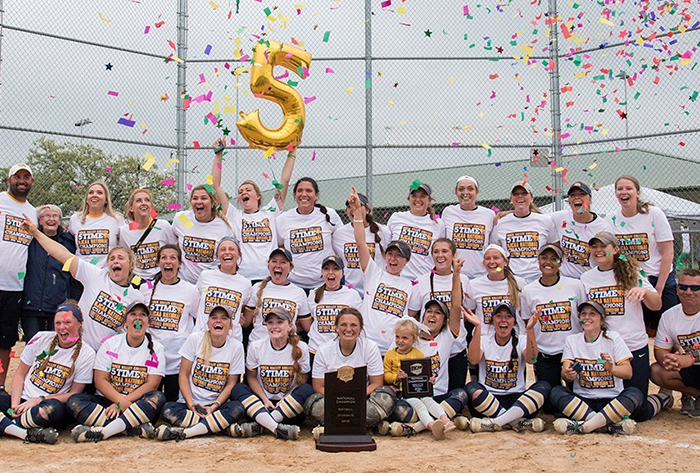 Monroe, along with assistant coaches D.J. Johnson and Bailey Craig, guided the Golden Eagles to a 52-9 record and a NJCAA DIII-record fifth national title, breaking a previous tie with the College of DuPage (1998, 2000-01, 2004). Additionally, RVC became the third NJCAA program to win five championships, joining Central Arizona (prior to NJCAA divisions) and Phoenix College (NJCAA DII).

The Golden Eagles won their first six games of postseason play before dropping a 2-1 decision to national tournament rival Herkimer County, which forced a winner-take-all title game. RVC rebounded with a 6-2 win over the Generals, who the Golden Eagles have defeated in the national title game four of the last five seasons.