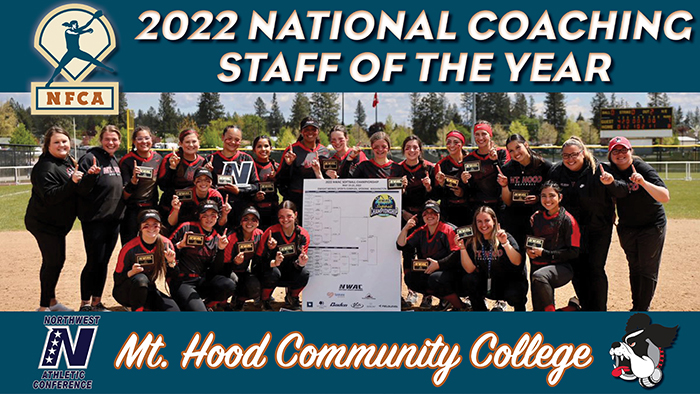 It is the first national honor for head coach Brittany Hendrickson, who is in her fourth season, along with assistant coaches Taylor Gould and Alexandria Flores. They guided the Saints to their sixth NWAC championship and first since 2016. Mt. Hood, which won its final 10 games of the season, finished 39-12 overall and 16-8 in the South Region, finishing second in the regular season. The Saints entered the NWAC Tournament as the No. 5 seed and posted a 5-0 mark, including a come-from-behind. walk-off 8-7 win over Bellevue in the title game.