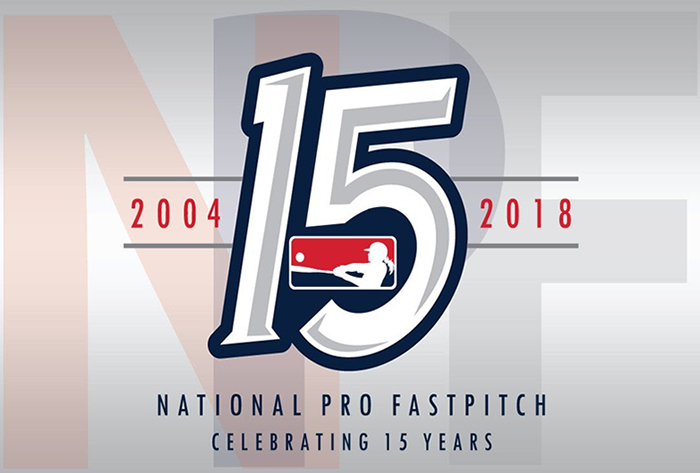 NASHVILLE, Tenn. – The 2018 NPF Draft Presented by BLAST will take place on Monday, April 23rd, at 7:00 pm CT and will be available to fans worldwide via live streaming on NPFTV, the exclusive digital platform of the NPF.

The 2018 Draft will return for its second year to Acme Feed & Seed, a multi-tiered, 22,000 square foot entertainment venue located in the heart of Nashville’s downtown Broadway district.

All five NPF teams will participate in the four-round, 23-selection draft. The Chicago Bandits are slated to make the first pick, a position they gained by trading Kaia Parnaby to the Aussie Spirit in January. It marks the first time in more than a decade for Chicago to lead off the draft. USSSA Pride made the number one pick a year ago, selecting Jessica Burroughs, an historical first pick for both Florida State University and the ACC.

“We look forward to returning the Draft to the Acme venue here in Nashville,” commented NPF Commissioner, Cheri Kempf. “We always look forward to Draft night, the league event that is filled with excitement and anticipation for our teams, and also one that is filled with reward and satisfaction for the young women who are chosen to add another chapter to their careers, this time as professional athletes.”

The draft positions are based on their previous regular season finish, from last to first. The latest addition to the league, Aussie Spirit, was awarded the top pick in every round, per league policies for expansion teams. Established drafting positions change throughout the year through trades and restricted free agent deals that involve draft picks.

This year’s title sponsor of the Draft is BLAST, the Official Sensor Technology of the NPF. As BLAST enters their second season as an Elite Partner of the NPF, they will lead off the year by ushering in the College Draft, the league’s most significant off-season event.

As the league is poised to celebrate its 15th anniversary in 2018, many special events and activities are planned throughout the league at various home venues. The league will open on May 19th, when the Aussie Spirit plays host to the Beijing Shougang Eagles. The 120-game regular season wraps up on August 12th. Championship Series details are anticipated to be announced on Monday.

The 2018 NPF Draft can be viewed via live internet stream on NPFTV. Links will be readily available on NPF league website. The Draft is a free event for all viewers. NPF fans can also follow along in real time on NPF’s social media platforms of Facebook, Twitter and Instagram.

Round sponsors of the Draft include 805 Stats, Park Planet, Rapsodo and VuK Gripz. The 2018 NPF Draft presented by BLAST will be an invitation-only event and will not be open to the public.

The 2018 NPF Draft Presented by BLAST order is as follows: