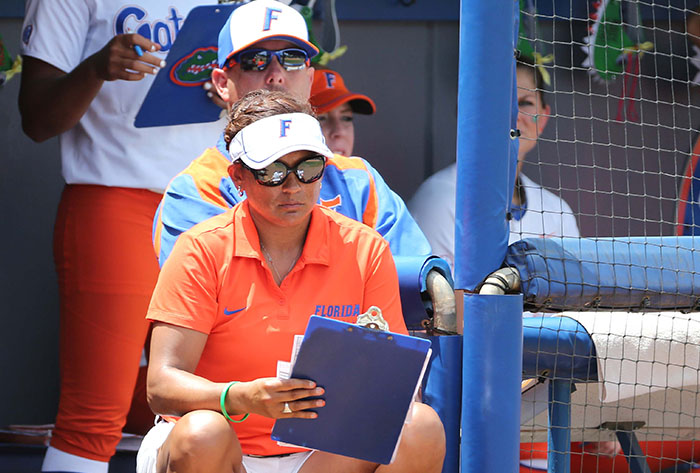 “We are very pleased that Coach Rocha has agreed to take the helm of our second-year team," Shelton said. "Succeeding Jennifer McFalls, who led us in our inaugural campaign, earning the 2015 NPF Coaching Staff of the Year honors, will not be easy, but I’m sure Coach Rocha will exceed expectations. She brings a wealth of experience and a long list of accomplishments that will be a tremendous asset to our club. She knows how to win and how to bring out the best in top level players, like those on the Dallas Charge.”

Regarded as one of the top pitching instructors in the country, Rocha has tutored five All-Americans and three NPF stars in the past 10 seasons. Under her guidance, the 2014 and 2015 NCAA DI National Champions routinely turn in ERAs that are among the best in the nation, including the lowest ERA twice.

“I’m extremely excited for this incredible opportunity to join the Dallas Charge organization," Rocha said. "The chance to work with all of these talented women, including Gator Great Lauren Haeger, is something that I am really looking forward to. The NPF league is growing every year and I can’t wait to help lead the Charge!”

The 2015 NFCA Division I Assistant Coach of the Year brings a wealth of knowledge, experience, and leadership to the professional level and Dallas Charge organization.

Among her recent accomplishments Rocha was instrumental in the Charge's own Lauren Haeger earning the 2015 USA National Player of the Year Award, WCWS Most Outstanding Player, Honda Award and SEC Female Athlete of the Year and Pitcher of the Year. Haeger was surprised and pleased to be reunited with her old college coach.

“I was so excited when I heard the news," said Haeger. "It's going to be great pitching for Coach Rocha again. She’s so knowledgeable and I know with her as my pitching coach again, I'm going to be able to keep growing and honing my craft. I'm excited for all of my teammates to meet her and see what a great person, supporter, and coach she truly is. It's going to be fun to see her in a new environment and working with the other pitchers. It's going to be a great summer!”

Rocha’s tutelage was a critical part of USSSA Pride pitcher Hannah Rogers becoming Florida’s first four-time All-American and leading the Gators to the 2014 National Title.  Rogers left Gainesville second in school history in wins behind only Stacey Nelson.   Nelson was the first Florida pitcher to earn multiple All-American awards (2007, 2008, 2009). She holds 15 career pitching records and is on 12 of the top 10 career lists.

Nelson finished her eligibility with a career ERA of 0.99 and 1,116 strikeouts.  In 2008 and 2009 Nelson was named SEC Pitcher of the Year.   Before Florida, Rocha worked with Florida Head Coach Tim Walton at Wichita State.  Under Rocha, the Shocker pitching staff set school records and posted an ERA under 2.00 in 2004 and 2005.   Prior to guiding the pitching staff with Walton, Rocha spent one year as an assistant at Oregon.

Prior to arriving in Gainesville, Rocha worked with Florida Head Coach Tim Walton at Wichita State. Under Rocha, the Shocker pitching staff set school records and posted an ERA under 2.00 in 2004 and 2005.

Before joining Coach Walton’s staff, Rocha spent one year as an assistant at Oregon.

Rocha graduated from Oklahoma where she played for the Sooners from 1996 through 1998 and served as a Graduate Assistant from 1999 through 2001. She was part of six consecutive NCAA Regional appearances, three Big XII Titles, two WCWS appearances and the 2000 National Championship. She finished her playing career with a 1.46 ERA and 43-17 overall record.

About Dallas Charge
The Dallas Charge, headquartered in McKinney, Texas, began competition in the National Pro Fastpitch league in 2015. The Charge provide elite softball players the opportunity to pursue a professional career and inspire the next generation of professionals. Located in the Dallas/Fort Worth area, the Charge organization and its players are committed to demonstrating leadership in community involvement, entertainment, and professionalism. Follow the Dallas Charge at www.dallascharge.com.

Courtesy of National ProFastpitch and Gatorzone.com