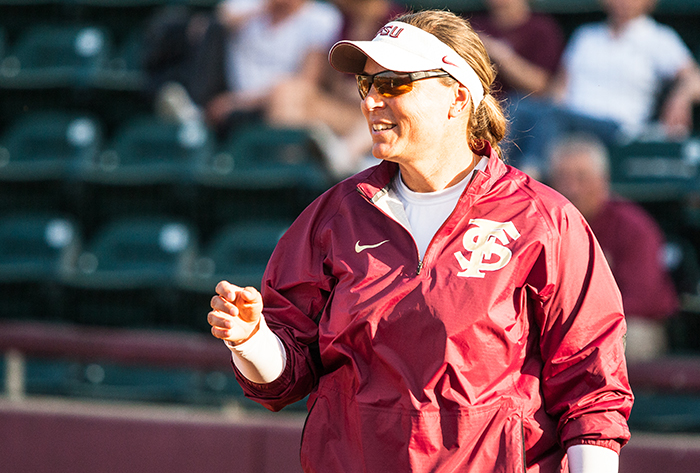 TALLAHASSEE, Fla. – Currently in her eighth season as the head coach of the Florida State softball program, Lonni Alameda will soon add another head coach title to her résumé as the USSSA Pride announced that she will lead their professional team for the 2016 season in the National Pro Fastpitch league.

“I’m honored to coach in the NPF,” said Alameda. “I think the National Pro Fastpitch league is an outstanding opportunity to grow our game and to be the head coach of the USSSA Pride with all of their great athletes, tradition and reputation that they have is going to be an amazing experience.

“I’m really excited to learn from the athletes and to continue to create the culture and environment of growing the game for professional fastpitch, collegiate softball and softball in general. We all have the responsibility to keep moving this game forward. As we have people like Don DeDonatis who nurtures such a great learning environment and experience for athletes, it is truly an honor to be a part of.”

It also continues Florida State’s involvement with the Pride as assistant coach Travis Wilson was an assistant coach during the 2015 NPF season. In 2015, the Seminole hitting coach helped the Pride lead the league in several offensive categories and finish as the NPF regular season champions.

The Seminoles have placed several student-athletes in the professional ranks in recent seasons with Courtney Senas and Maddie O’Brien on the PA Rebellion, Briana Hamilton with the Akron Racers and Lacey Waldrop with the 2015 Cowles Cup Champion Chicago Bandits.

The 2016 National Pro Fastpitch season begins on May 31 with the Akron Racers taking on the PA Rebellion. Alameda will join the Pride following the conclusion of the Florida State season and opening day for the Pride will be on June 10 in Conroe, Texas against the newest NPF Franchise, the Scrap Yard Dawgs. For more information on the USSSA Pride, go to www.usssapride.com