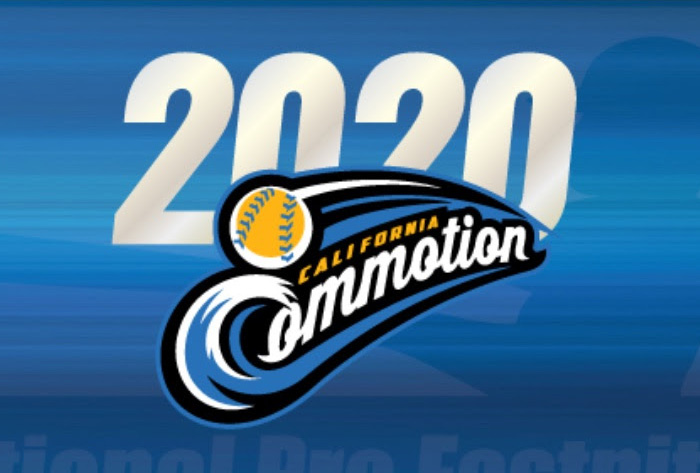 NASHVILLE, Tenn. — National Pro Fastpitch (NPF) announced the addition the California Softball Commotion, a new affiliate team that will begin competition in 2020. The Commotion will give the league a West Coast team for the first time since 2005. The team, owned by security business expert entrepreneur Damon Zumwalt, will prioritize players that are familiar to the West Coast market. UCLA assistant coach Kirk Walker was tabbed head coach on Nov. 18. Walker will combine the coaching duties with a position as assistant general manager for the newly formed team.

“I am pleased to have the ability and opportunity to contribute to enabling these talented young women to pursue softball at the professional level in the NPF, and I am specifically committed to promoting the addition of West Coast teams, so that we can have a complete cross-country competition,” Zumwalt said in an announcement released by the league. “There is plenty of talent to create a very, very strong league, and women’s softball is fun to watch with a great deal of action. I am proud of my contribution to providing more opportunities for more women to continue their careers at the highest level of this sport.”

“Adding a West Coast team to the NPF is such a proud moment for the league, and doing it in a year where softball will also have the Olympic spotlight shining upon it, is special,” NPF Commissioner Cheri Kempf said. “This is a capable ownership in Damon Zumwalt, with a passionate commitment to the sport of softball and the players who play it. I am sure Damon and his assembled staff will put together a highly competitive team to represent the deep rooted success that has always lived in West Coast softball.”

Deb Hartwig, who played two seasons at Cal State Fullerton and is the owner and founder of JustSOFTBALL, as well as the co-owner of the Mary Nutter Collegiate Classic and a former events director for the NPF, will serve as the team’s general manager.

“Southern California has been longing for a professional team and the California Softball Commotion is just what they have been waiting for,” stated Hartwig. “It’s an exciting time for the professional softball world and NPF, with this expansion and the Olympics both taking place in 2020. We are committed to bringing a quality product to the largest fan base in the nation and I’m honored to lead the Commotion in this great adventure.”

The NPF’s California Sunbirds, in 2004-05, were the last pro team in the Golden State. Forty years before that, the International Women’s Professional Softball League featured an entire West Coast division.

In September, shortly after capturing its second-straight Cowles Cup, five-time NPF champion USSSA Pride announced it would not return to the league in 2020. The league announced last month, however, that the Cleveland Comets would return in 2020, and continue their relationship with the Mexico National Team.

The California Softball Commotion have named Kirk Walker as headcoach of the newest club to join the ranks of National Pro Fastpitch. Walker will combine the coaching duties with a position as assistant general manager for the newly formed team.

“We know that assembling this team and being competitive in our first season out, will depend heavily on designating the right person to lead the way,” commented Commotion General Manager, Deb Hartwig. “To be able to land a Head Coach with the success, experience and expertise Kirk brings to this position, is a huge win for this team. I look forward to working with Kirk in his capacity as Head Coach and Assistant General Manager and with this announcement, am anxious to begin putting our team together.”

Walker began his coaching career while an undergrad at UCLA and spent eleven seasons there as an assistant (1984-1994), prior to taking on the Head Coaching position at Oregon State in 1995. Through an eighteen year tenure, Walker led the Beavers to ten post season NCAA Tournaments en route to becoming the winningest coach in OSU history. While there, he coached 79 All PAC 10/12 players, 28 NFCA All-Region players, and 10 NFCA All-Americans.

Walker has also been a member of the Team USA coaching staff. First, as a member of the twelve person coaching staff for the quadrennium of 2000-2004, which led up to the Athens Olympic Games of 2004, and later as an Assistant Coach on the 2017 Junior Women’s Team that won Gold at the World Championships.

As a player, Walker has been a longtime pitcher in the Men’s Fastpitch Division. Most recently, in 2018, he was a member of the NAFA Men’s A National Championship team, where he was named to the All World Team for the sixth time in his career.

“I am very excited for this opportunity to lead the new Commotion team and to help grow the professional level of fastpitch on the west coast,” stated Walker.  “The history of the California Commotion is based on putting high level athletes with great passion and character on the field to produce a winning culture. It is an honor to work with Damon and Deb to build an organization that can extend the opportunity for high level collegiate athletes to compete and perform on the professional stage.   California and the west coast have a rich tradition for impacting the sport of softball from the grass roots level and beyond.  With the great year round weather and the huge numbers of young women playing the game here on the west coast, there is a huge opportunity to entertain, educate, motivate and inspire the next generation of athletes and the fans of the game.”

The Commotion become the first west coast presence for the sixteen year old league since 2005, and begin play in the spring of 2020. Exact schedule details will be made available in January by the league and its respective teams.