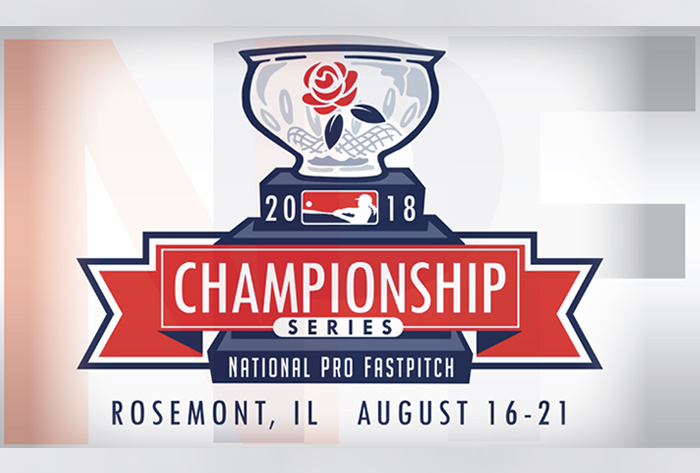 The announcement marks the first time the Championship event will return to a team’s home venue since Rosemont hosted in 2013.

“Our Championship Series is our hallmark event and we continue to try and create the best competitive and fan experience environment possible,” NPF commissioner Cheri Kempf said.  “This season we are trying something we haven’t done before in featuring the top two finishers in a best of five format. In addition to that, we are placing the event in an NPF team home venue that has proven to draw consistent crowds. We are looking forward to this event being the best ever in 2018.”

“The Village of Rosemont is so very excited to have the Championship Series return to the Stadium at the Ballpark at Rosemont in 2018,” Rosemont mayor Brad Stephens said. “We are already planning for the event and promise the teams and NPF fans it will be an experience to remember.”

As a result of the 2018 Winter Meetings held in January, league management committee representatives overturned a policy that forbade the Championship from being held in affiliate team venues, a policy voted into effect following the award of the Championship to Rosemont for 2012 and 2013. This recent policy change paved the way for the 2018 site award.

The Ballpark at Rosemont opened in 2011 and was built specifically as a home venue for a professional softball team.  Adjoining the Stadium is 140,000 square foot facility known as the Dome at the Ballpark. The combined facilities represent a state of the art venue that in addition to being the home location for the NPF’s Chicago Bandits, is host to tournaments, leagues and individual games for softball and baseball, volleyball, soccer, all sport practices and training.

The NPF Season will lead off on May 19, when the Aussie Spirit hosts the Beijing Shougang Eagles. The League will celebrate its 15th season in 2018.