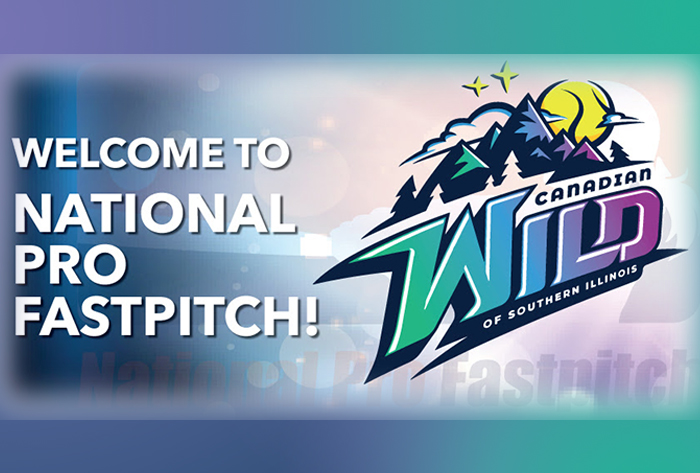 NASHVILLE, Tenn. –National Pro Fastpitch (NPF), in conjunction with Softball Canada, Rent One Park, and presenting sponsor, visitSI, announced the addition of the Canadian Wild of Southern Illinois to the league.

The Wild becomes the sixth affiliate NPF team set to compete in the 2019 season.

“Obviously, this is a tremendous addition to the league for a number of reasons,” commented NPF Commissioner, Cheri Kempf. “To add an international team of the quality of Canada, currently ranked third in the world, and to add the operational excellence of the administration at Rent One Park, is a home run for all of us.”

Softball Canada CEO, Hugh Mitchener remarked, “We are delighted to be announcing our entry into the NPF in 2019.  Commissioner Kempf has been incredibly helpful in setting up our partnership with the Miners organization and we can’t wait to get going next year.”

“With the growth and interest in girls’ and women’s softball over the last decade, this is an incredible opportunity for fans to see world-class, best-of-the-best talent right here at Rent One Park,” Miners COO Mike Pinto said. “These women, including former and future Olympians, could be incredible role models for young girls in our area to see what can be achieved with dreams and hard work.”

Softball Canada finished third at the 2018 Women’s Softball World Championship in August, and is currently ranked third in the world by the World Baseball Softball Confederation (WBSC). They will play a 50-game schedule in National Pro Fastpitch overall, facing off with some of the best players in the world, including current and former Olympians.

National Pro Fastpitch will be entering their 16th season in 2019. Teams currently hail from three continents, with players representing the national teams of six different countries. They include the best of the best in the world, including current and former members of Team USA, Olympians, Women’s College World Series Champions and MVP’s, NCAA record holders, various conference players of the year and many NFCA All-Americans.

“We are thrilled that Southern Illinois was chosen as the host region for Team Canada,” Shannon Johnson, CEO of visitSI, said. “visitSI is extremely honored to be the presenting sponsor of the Wild. This gives us an opportunity to showcase our region on an international front. We are also excited about the potential economic impact this could have, both during the season and in the future, as members of the various NPF teams experience beautiful Southern Illinois.”