The Dome at Rosemont Collapses; No Injuries Reported 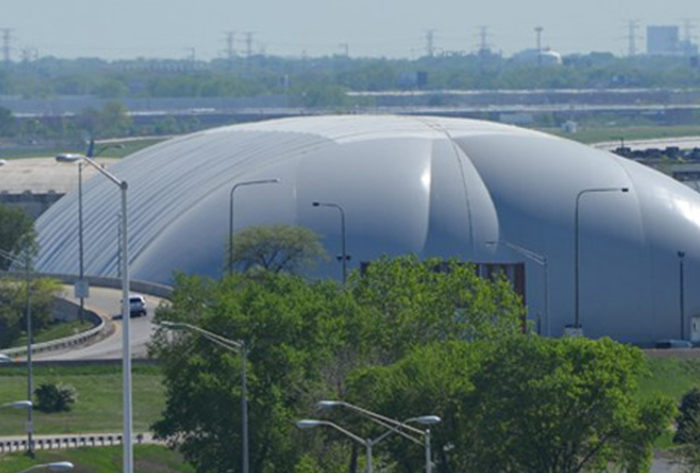 ROSEMONT, Ill. -- The Dome at the Ball Park in Rosemont, a northwest suburb of Chicago, collapsed during severe weather Sunday. The collapse happened prior to the Chicago Bandits and Pennsylvania Rebellion squared off in a regular season NPF game. The contest, scheduled for 3:00 p.m. local time, was delayed and eventually canceled.

No one was inside the dome when it collapsed. According to Jennie Finch's twitter account, the last day of the Jennie Finch Softball Camp being held in the dome ended an hour prior to the storm. All campers and staff were safely away from the facility.

The structure, which has an air-suspended covering approximately 75 feet high, 565 feet long and 250 feet wide, collapsed due to the severe weather, according to a release from the Rosemont Public Safety Department. Moments before the collapse, strong winds, hail and rain were reported in the area.

Steve Jankowski, a video board technician for the Chicago Bandits, said no one was injured in the collapse. The Chicago Bandits tweeted that everyone was safe and accounted for following the collapse, but the ballpark experienced some minor damage. The teams will make up the game and close out the series at 10:00 a.m. CT on Monday, Aug. 3.

The official cause of the collapse remains under investigation.