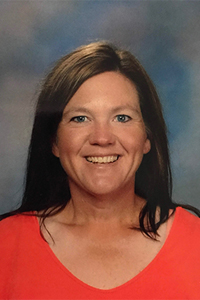 Kristi Williams, who serves on the NFCA Board of Directors (High School rep), has been at the helm of the Blue Springs South softball program since the fall season of 2012. She guided the Jags to three Class 4 state championships , the most recent in 2022 and six overall state final fours (all since 2016). Additionally, Blue Springs South has captured six district titles, posted two state runner-up and two third place finishes.

Active in the Missouri High School Fastpitch Coaches Assocaition (MHSFCA), Williams serves as the Class 5 Vice President, overseeing membership, awards, and procedures. She played a vital role in the first-ever high school joint membership between the MHFCA and the NFCA.

Prior to her hire as the Jags head coach, Williams served as the porgram's varsity assistant coach and junior varsity basketball coach from 2004 to 2011. In her first season as head coach, she steered the Jags to a 19-14 record and wins in their district and sectional games before falling to eventual state champion Truman.

She began her coaching career with the Olathe Queens, a 16U Gold level team. Her first foray into high school coaching took place at Blue Valley Northwest High School as the junior varsity coach. She also coached junior varsity at Winnetonka High School for two seasons and became the varsity assistant in 2003.

She continued her softball playing career at North Iowa Area Community College  from 1995-1997, where she earned two first-team all-conference and all-region selections.  After graduation, she transferred to Northwest Missouri State to complete her bachelor’s with a double-major in secondary education and English with a minor in journalism/communications.

Williams has also partnered with the Kansas City Royals Sports Development department to organize Kansas City’s first Softball Summit where coaches from all levels, along with umpires, tournament directors, and parents, will attempt to work on relationships and build opportunities for those involved in the softball community to have a voice and create a local softball culture that is all working together to grow our sport and support our athletes.