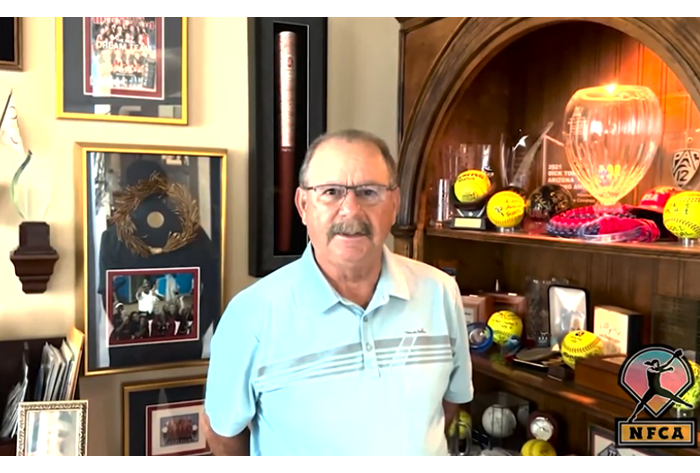 With 1,674 wins, eight NCAA national titles and 24 Women’s College World Series appearances, the iconic Coach Candrea is the perfect way to open the Convention with the “First Pitch” keynote address on Wednesday, Dec. 7. Candrea announced his retirement following the 2021 season. After 36 seasons at Arizona, he leaves a legacy that will live among the greatest coaches in the history of college athletics. His achievements underscore a record of success almost unparalleled by any program in any sport at any level.

In addition to Coach Candrea, these speakers and their presentation topics are some of the highlights of the Convention schedule, which all takes place at the luxurious JW Marriott San Antonio Hill Country Resort & Spa!

Increased athleticism will improve your catcher's blocking, throwing, receiving, and more. Learn how to unleash their athleticism to get the most out of the position.

Roster management is a difficult concept these days. Did you know that you can use the DP/Flex in defining roles that both engage and inspire your entire roster? Find out more in this session with Yvette Healy.

RACHEL LAWSON (KENTUCKY) – “TALES FROM THE TAPE: HOW TO SCOUT WHILE WATCHING GAME FILM”

With game film available for an increasing number of teams, there are more and more opportunities to scout your future opponents. However the question remains, where do you start? We will cover that and more in this first-of-its-kind Convention session.

To "Lead From the Front" coaches have to be able to take care of themselves. For this session, the focus on Mental Health and Sports Psychology is YOU, the coach. Dr. McCabe brings his years of experience as an elite baseball player as well as a licensed sport and clinical psychologist into our world to deliver strategies and tools that will extend careers and increase self-efficacy.

RACHEL BALKOVEC (TAMPA TARPONS) – “HOW WE HIT: REVOLUTIONIZING THE WAY WE PRACTICE”

How we use our brain to hit a ball. (How we actually see a ball being hit and how that should and could completely revolutionize practice).

Head over to nfca.org/convention-2022 for more about the above-mentioned first-rate educational opportunities and all Convention information.