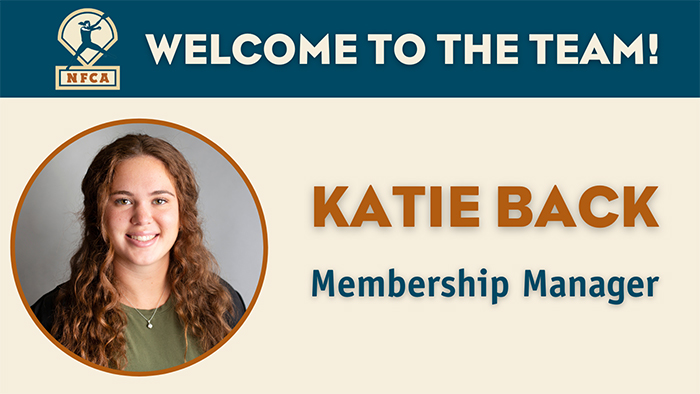 LOUISVILLE, Ky. – Katie Back, a 2022 graduate of the University of Southern Indiana, has joined the NFCA team as its new Membership Manager, announced on Thursday by Executive Director Carol Bruggeman with the support of the Board of Directors.

An Indianapolis native and four-year standout of the Screaming Eagles softball program, Back will be responsible for leading and assisting in various membership initiatives.

“I am so excited to join the NFCA team,” said Back. I want to thank Carol Bruggeman and the entire organization for giving me this opportunity. I am thrilled to be able to stay a part of the softball community and cannot wait to get to work. Working for the NFCA is an absolute dream and I am excited to contribute to the development of an organization that values unity and commitment to the sport of softball and everyone involved.”

Back, who served as a team captain in 2022,  played a key role in USI’s Great Lakes Valley Conference (GLVC) and Midwest Region titles as well as their berth to the NCAA Division II National Championship.

"We are thrilled to welcome Katie Back to our NFCA team,” said Bruggeman. “Katie is driven, talented, and eager to learn. Our members are the foundation of everything we do. Katie's enthusiasm and her ability to relate to people within the softball community make her a perfect match for our Membership Manager. Our NFCA team is excited to be alongside Katie as she transitions from a successful softball player to a full-time professional with our Association."

Back will officially start on Aug. 22.

The NFCA (National Fastpitch Coaches Association) is the professional organization for fastpitch softball coaches. Known for its highly-regarded student-athlete awards, the NFCA also educates and supports softball coaches on a variety of different levels: from webinars to legal counsel, to in-person events and the National Convention.