Attendees ReUnite at the 2021 NFCA Convention 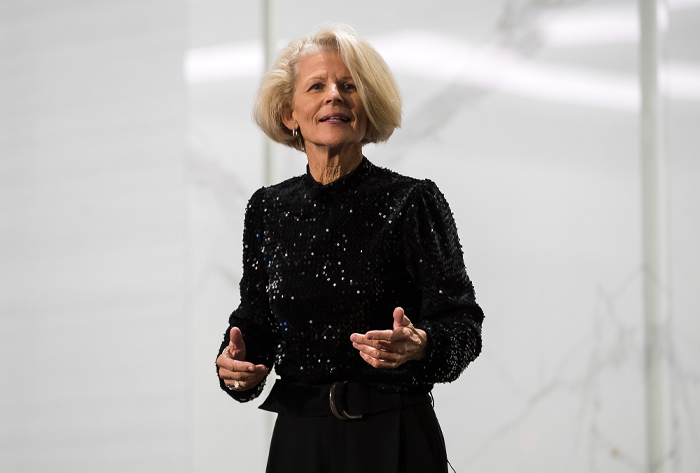 LAS VEGAS (Dec. 8, 2021) – We’re back in person! Coaches reunited in person for the 2021 NFCA Convention as it officially kicked off on Wednesday at the premier event center in Las Vegas, Caesar’s Forum. NFCA Executive Director Carol Bruggeman welcomed the attendees and Sue Enquist captured the audience with her rousing keynote address.

Following Bruggeman’s high-energy and passionate address that touched on the growth of the organization and call to action to make it not just the No. 1 women’s sport, the No. 1 sport period, Enquist kept the attendees engrossed during her presentation, “Celebrating the Stubborn Optimist.” The NFCA Hall of Famer saluted the behind-the-scenes work of the NFCA in growing softball. She offered cheers to longtime coaches and touched on the 50th anniversary of Title IX in 2022.

Wednesday featured the previously-mentioned “First Pitch” Opening Welcome, along with the Rookie Orientation for first-time attendees and several committee meetings. The evening was capped off with socializing at the NFCA Opening Reception presented by Blast Motion. NFCA Official Sponsor Blast Motion also held an educational session, as attendees went behind the scenes with some of the best coaches and trainers in the softball industry to learn the data-driven secrets to their success.

Prior to the official opening, NFCC 402A (Pitching) and 402B (Hitting & Short Game) classes concluded with coaches completing their course work en route to obtaining certification to be a Four-Star Master Coach. Those were followed by a trio of well-attended three-hour Pre-Convention seminars – Around the Horn; Developing Elite Defenders, Learn From the Legends, and See The Data. Feel The Results: How Rapsodo technology can inform & inspire your pitching staff.

Be sure to check out the Exhibit Show, which opens its doors to members at 11:00 a.m. and runs through 6:00 p.m. and will feature education. In conjunction with the Exhibit Hall, the digital auction is back (started Wednesday at Noon). It is an opportunity to snag great deals on equipment, technology, gift certificates and more. Bid on your favorite items from your phone at any time. Bidding closes at Noon on Friday!