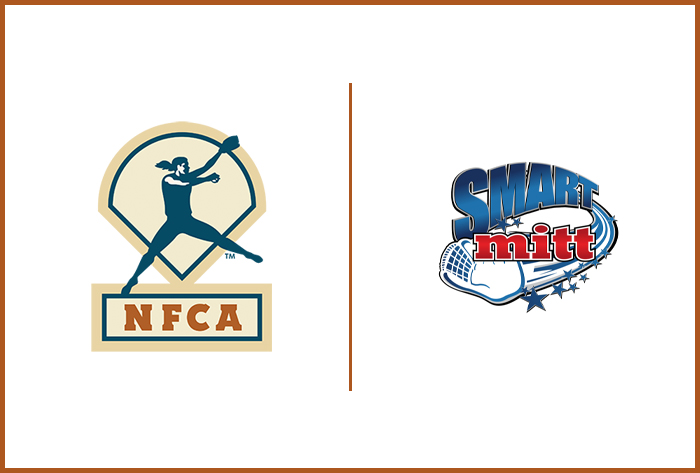 LOUISVILLE, Ky. — The NFCA  pleased to announce SmartMitt has signed a multi-year deal to be a new Official Sponsor of the Association.

“SmartMitt is honored to be an official sponsor of the National Fastpitch Coaches Association for the next three years,” said SmartMitt co-founder Thomas Frenz. “The goals of SmartMitt and the NFCA are aligned; we both love softball, and want to keep making advancements to the game for future generations. Five years ago, SmartMitt was just a dream.

“SmartMitt’s (late) co-founder, Tim Crosno, and I decided to set out on this journey; our goal was to build a better target to help pitchers develop as top-tier athletes, be recognized by college coaches, and have fun throwing a bucket of balls during practice.  We are thrilled that SmartMitt has developed products for D1 and Pro-level teams! Watch for our next game-changing announcement … coming soon!”

SmartMitt will have a presence at upcoming NFCA Conventions to enhance their brand by interacting with attendees through a speaking spot in addition to booth space in the Exhibit Hall.

Located in St. Louis, Mo., SmartMitt is an LED pitching target for baseball and softball, designed to develop better athletes and make practice more productive and fun. Using state-of-the-art technology, it gathers and records data on every pitch - delivering useful feedback to players, coaches, and recruiters.

"We are thrilled to have SmartMitt as an Official Sponsor,” said NFCA Executive Director Carol Bruggeman. “The use of technology training tools, especially those that provide immediate feedback, has become an important part of a softball player's skill development. Pitching is a vital position on the field and one that requires a great deal of dedication and repetition. Catchers are not always readily available. SmartMitt provides an innovative, fun, and competitive option for pitchers to train on their own. Thomas Frenz is passionate about the softball community and we look forward to working with him to grow the sport."