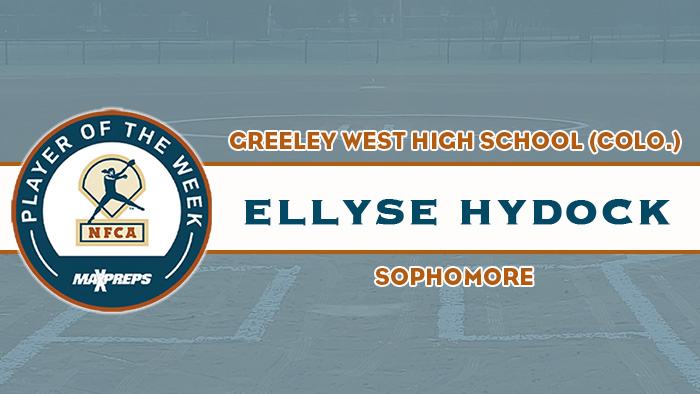 LOUISVILLE, Ky. –  Greeley (Colo.) West’s Ellyse Hydock was named 2022 MaxPreps/NFCA Fall High School Player of the Week. Hydock is being recognized for her outstanding performance during the week of Oct. 3-9.

Hydock was perfect 9-for-9 at the plate and reached base safely in all 11 plate appearances as the Spartans put together a 3-0 week. She scored 11 times, added a double, triple, three home runs and slugged 2.333. Hydock opened the week against Mountain View by going 4-for-4 with a double, two RBI and four runs scored. The sophomore left the yard twice, tripled and crossed the dish four times versus Monarch. Hydock also homered, drove in two and registered three runs in a triumph over crosstown rival Greeley Central.