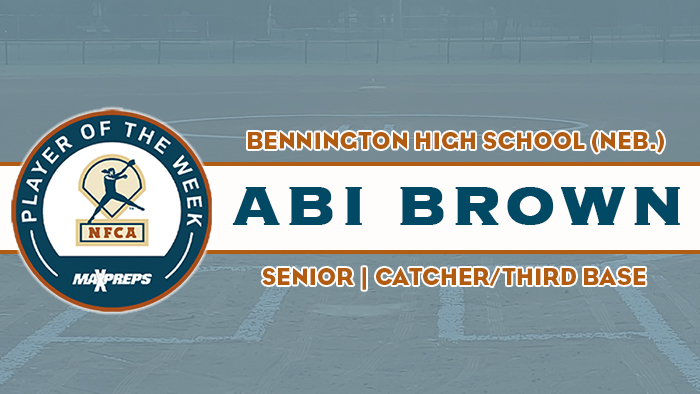 LOUISVILLE, Ky. –  Bennington (Neb.) High School’s Abi Brown was named 2022 MaxPreps/NFCA Fall High School Player of the Week. Brown is being recognized for her outstanding performance during the week of Sept. 12-18.

Brown launched four home runs and recorded nine RBI as she keyed the Badgers to five wins last week. The senior opened her account with a long ball and two RBI in a victory over Waverly. She collected three hits against York and Hastings, leaving the yard and driving in three runs against the latter. Brown capped off her week with two more homers, three RBI and two runs scored versus Norris. For the week, she hit .714 (10-for-14) with a double, triple, five runs, two walks and a 1.785 slugging percentage. Brown was also error free in the field, posting a 1.000 fielding percentage in 19 attempts (16 PO, 3 A).