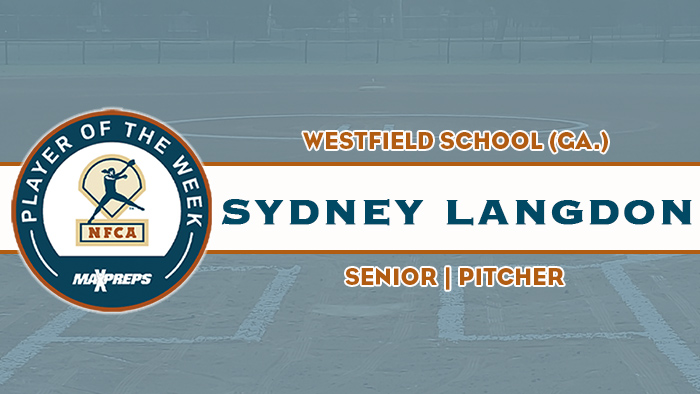 LOUISVILLE, Ky. –  Westfield School’s (Perry, Ga.) Sydney Langdon was named 2022 MaxPreps/NFCA Fall High School Player of the Week. Langdon is being recognized for her outstanding performance during the week of Sept. 19-25.

Langdon twirled a no-hitter in a 5-0 victory over Brookstone. The senior hurler fanned 11 and issued three walks as she registered her third no-hitter of the season. Langdon also helped herself out at the plate with a double, home run, three RBI and two runs scored in the victory. She followed that with a 4-for-4 outing with two RBI and four runs in a 11-3 triumph against Heritage.