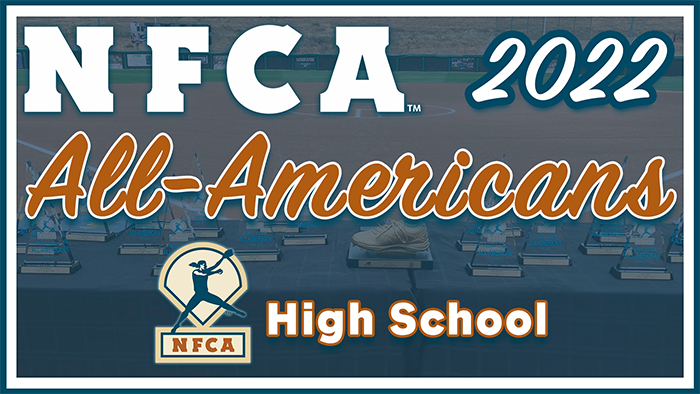 LOUISVILLE, Ky. — The National Fastpitch Coaches Association has announced 39 student-athletes from 37 programs have been voted to one of three 2022 NFCA High School All-America teams, the Association announced on Wednesday afternoon.

Lake Creek High School (Texas) was the lone program with multiple All-Americans with one representative on each team. The trio of pitcher Ava Brown (first team), shortstop Maddie McKee (second team) and third baseman Madelyn Lopez (third team) keyed the Lions (41-0) to a perfect season, which culminated with a UIL Class 5A title and the No. 1 ranking in the final USA Today Sports/NFCA High School Super 25.

Voted on by member head coaches, the awards honor softball student-athletes from around the nation. All student-athletes who earned All-Region status (2021 Summer/Fall and 2022 Spring) from the NFCA’s 10 membership regions, were on the ballot and eligible for All-America status.

The Association realigned the high school membership into 10 regions for the 2021-22 season from the original five due in part to the growth of the group’s membership. You can find the regional breakdown HERE.

The NFCA’s special awards – Diamond Sports Catcher of the Year and New Balance Golden Shoe Award - for High School will be announced on July 22.