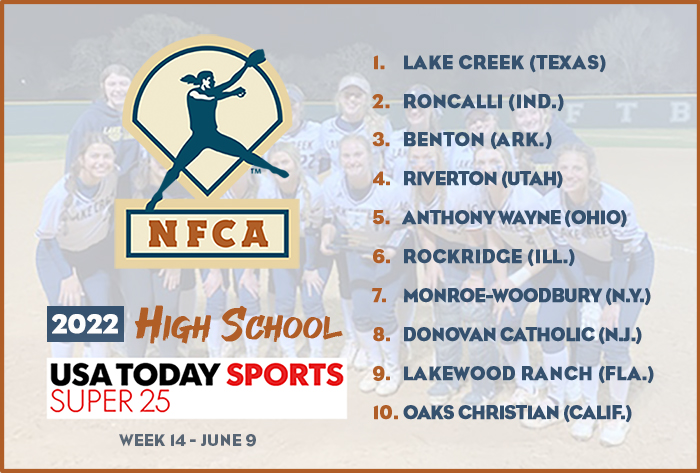 No. 2 Roncalli (32-0) can claim a state crown of its own when it faces Harrison in Saturday’s Indiana Class 4A championship. The Royals defeated both Pendleton Heights and Shelbyville last Saturday to advance in the tournament.

Donovan Catholic (30-1), meanwhile, slipped to No. 8 after following up last Saturday’s 2-0 victory over Mount St. Dominic for a third-straight state Non-Public A title with a 6-1 loss to Haddon Heights on Wednesday. The defeat halted the Griffins’ 48-game win streak and stopped them two wins short of becoming the first New Jersey squad to finish a season unbeaten since 2014.