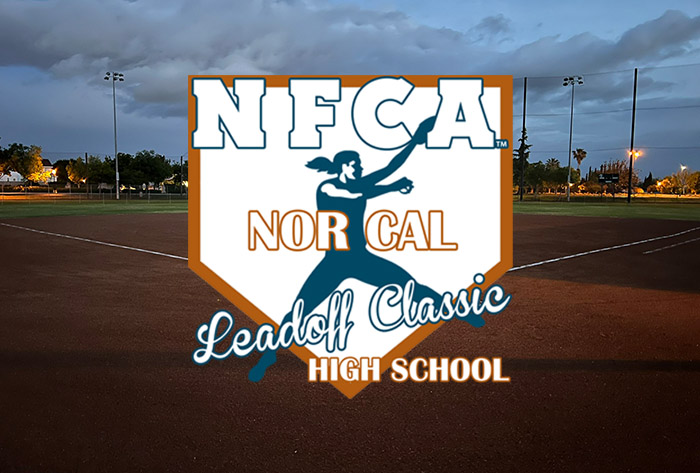 TRACY, Calif. — Weather wreaked havoc with the 2022 NFCA Nor Cal High School Leadoff Classic tournament schedule over the weekend, but teams were still able to get back on the field at the event for the first time in three years.

The 17th edition of the long-running event, conceived and run since 2004 by Pacheco High head coach Charlie Pikas, carried the NFCA banner for the first time this year through a partnership with the Association. It was supposed to have been rebranded in 2021, but COVID-19 intervened, and last year’s tournament was canceled for a second-straight season.

This year, rain, hail and lightning halted play by the afternoon on the opening day, leading to a quick pivot to a three-game, two-day event for teams, rather than the planned four contests over three days. The existing schedule was scrapped, and teams were matched as best as possible for competitive balance.

“The brackets went out the window,” Pikas said. “We resorted to Plan B, which was to get teams at least three games, instead of the four from the original schedule.”

The new matchups led to some very good games. At one point on the fields at the main complex, pitchers committed to Division I schools California, Chattanooga, Connecticut, Ole Miss and UC Santa Barbara, plus Division II’s San Francisco State were all in game action.

While the revised format didn’t allow divisional titlists and an overall champion to be crowned, the event did provide a challenging warmup for the playoffs in three weeks.

The tournament had originally been planned to feature 48 teams across three divisions and two locations in Tracy, Calif., with trophies awarded to each of the bracket winners. Before this year, the tournament was last fully played in 2019, after only getting one day in before rain halted things in 2018. Oakdale was the 2019 Platinum winner, while Del Oro took the Gold division, and Del Campo claimed the Silver crown.