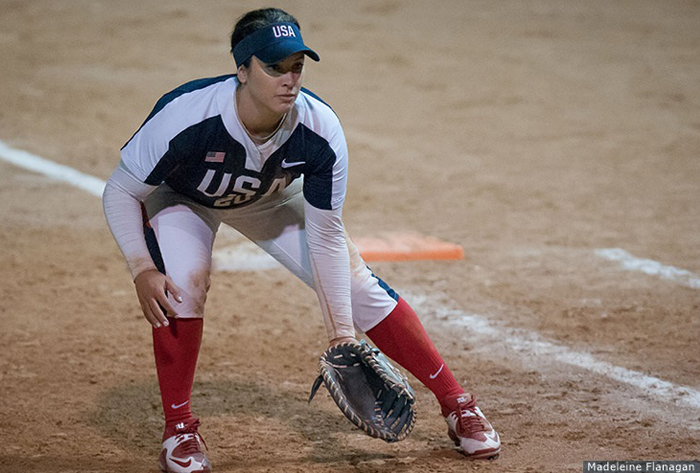 Sendai, Japan  — Members of the 2017 USA Softball Women's National Team (WNT) landed in Sendai, Japan for the USA vs Japan All-Star Series on June 21. Team USA will participate in three games against the Japan National Team, including a matchup at Yokohama Stadium, site of the Tokyo 2020 Olympic Games. The U.S. will also participate in the Sendai Citizen Exchange Program, where members of the National Team will meet and interact with local students at a junior high school prior to the start of the All-Star Series.

“We have already been welcomed very graciously by our hosts here in Sendai City,” said head coach Ken Eriksen. “The USA Softball program always feels very welcome in Japan and we appreciate the Japanese Softball Association’s (JSA) hospitality immensely. This All-Star Series has already gained tremendous interest not just in Japan but throughout the softball world. Anytime you put two heavy weight contenders in the same ring, it’s going to be exciting. For USA Softball in 2017, it is the start of our journey towards qualifying for the 2018 World Championships in Japan. We hope to polish our team as we get ready for the Pan Am and World Championship Qualifier in Santo Domingo, Dominican Republic in early August. With the Japan All-Star Series and the World Cup of Softball in Oklahoma City, we will continue to prepare for the Dominican.”

The USA Softball WNT and Japan kick off the series on Friday, June 23 at 5:30 a.m. ET at Shellcom Sendai, including a pre-game “Home Run Derby," They face off again at midnight ET, with an additional “Home Run Derby” set for pregame. The U.S. will head to Yokohama Stadium for the final game of the series set for June 25 at 12:30 a.m. ET.

Live stats will be available during the USA vs Japan All-Star Series, and fans at home can follow along with recaps and more at USASoftball.com.