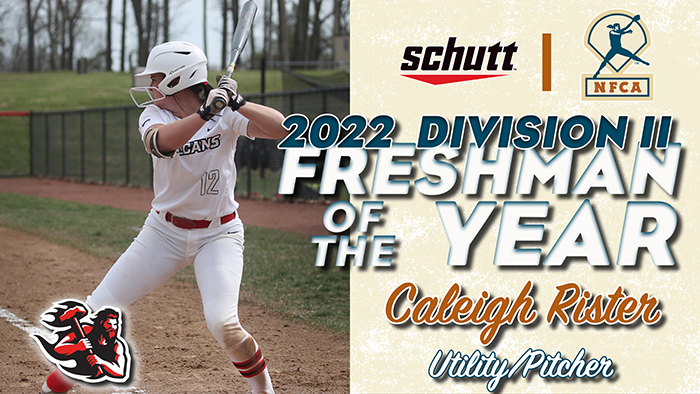 Rister, who earned second-team NFCA All-America honors, made an immediate impact as a two-way standout for the Vulcans this spring. The Bucyrus, Ohio native registered a 1.58 ERA and 1.389 OPS, both of which ranked amongst the top 10 in the Atlantic Region. From the leadoff spot, Rister paced the Cal U offense with a team-best .415 batting average, five home runs and 36 runs scored and was second on the squad with 23 RBI.

Making 20 appearances and 17 starts, Rister finished with a 13-4 record. She registered 11 complete games and twirled five shutouts and held her opponents to a .242 batting average.

Created in 2015, the award honors the outstanding athletic achievement among freshman softball student-athletes throughout NCAA Division II. To be eligible, student-athletes must come from a NFCA member institution and the winner is voted on by the NFCA Division II All-America Committee.