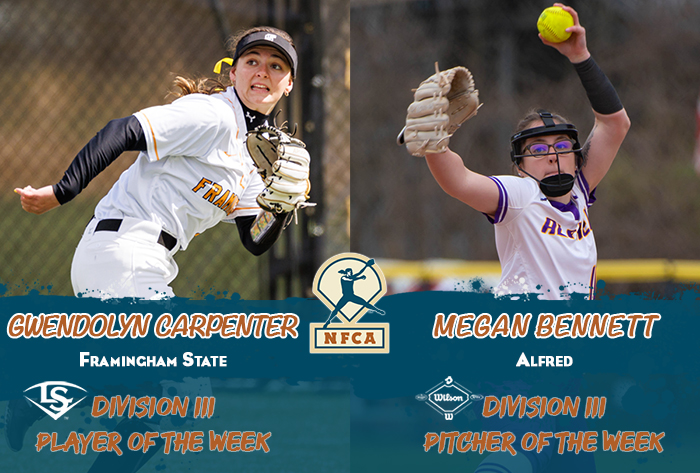 Carpenter, a junior outfielder from Ashley Falls, Mass., batted .632 with a double, triple, four walks and eight RBI to lead the Rams to their fourth Massachusetts State Collegiate Athletic Conference tournament title in the last five seasons and earn Most Valuable Player honors for herself. The Mount Everett High graduate drove in at least one run in five games and was 4-for-6 with two runs and two RBI in Sunday’s championship round.

Bennett, a sophomore left-hander from Athens, Pa., was 2-0 with a 0.00 ERA and collected her NCAA-leading eighth save, as the Saxons repeated as Empire 8 tournament champions on Saturday. The Athens Area High product was named the tournament MVP on the strength of her five-hit shutout of St. John Fisher (seven strikeouts) in the winner-take-all title contest, and two earlier two-inning hitless relief appearances.