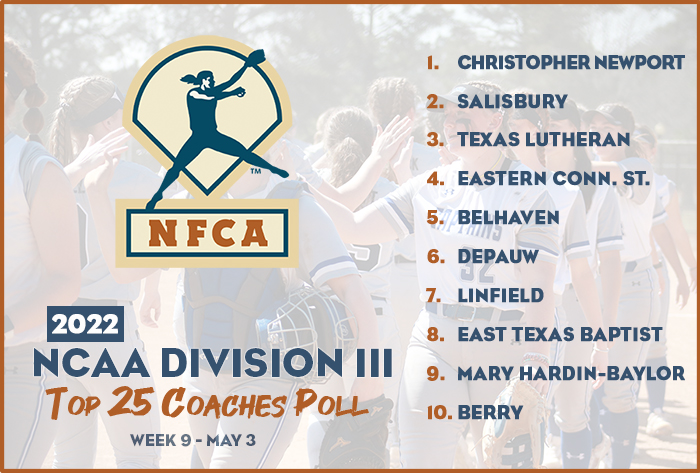 The (35-1) Captains, idle since an April 24 sweep of Meredith, have a bye into Friday’s Coast-to-Coast Athletic Conference championship, which starts Thursday at Captains Park. No. 2 ranked and seeded Salisbury (34-4) plays conference third seed Mary Washington for the right to face Christopher Newport, which swept both teams in the regular season.

Salisbury tuned up for the tournament with a sweep of Washington (Md.) last Thursday.