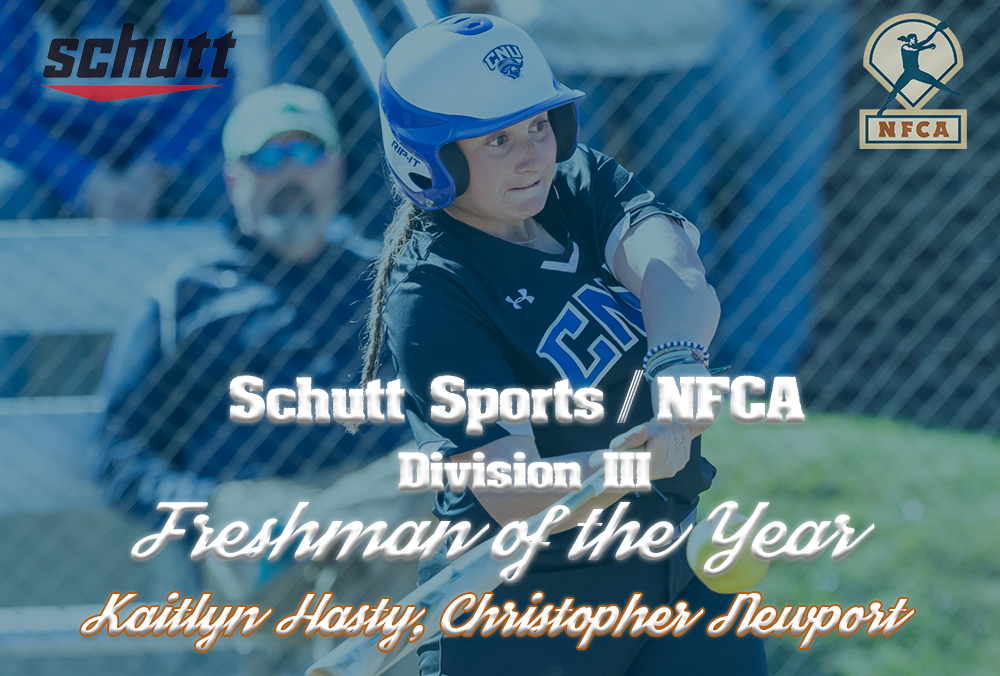 TYLER, Texas — The NFCA is proud to announce that Christopher Newport University’s Kaitlyn Hasty has been selected as the 2019 recipient of the Schutt Sports/NFCA Division III National Freshman of the Year award.

Hasty, a third baseman from Chesapeake, Va., finished her first collegiate season for the Captains last week in the NCAA Super Regionals. Over 42 games, she hit .403 with 24 runs, 50 hits, seven doubles, a triple, 19 homers, and 58 runs batted in.

She currently ranks second nationally in Division III in home runs, trailing only the University of Lynchburg’s Mackenzie Chitwood’s 21. Earlier this season, Hasty was chosen as both the Capital Athletic Conference Player and Rookie of the Year recipient.