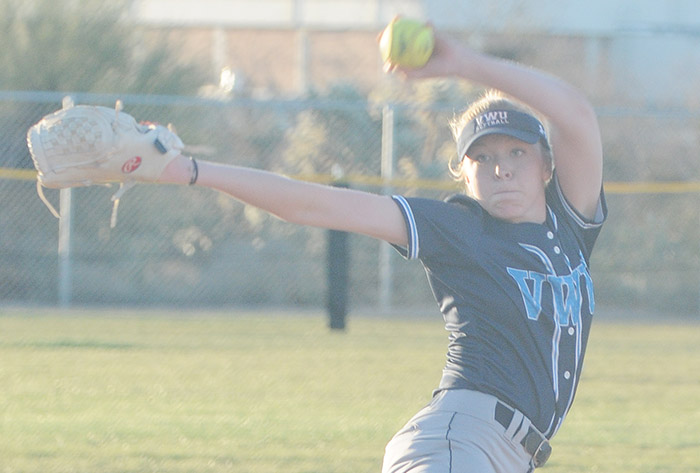 TUCSON, Ariz. — The 2018 NFCA NCAA Division III Leadoff Classic swung into action for an elite 32-team field on Friday at the Lincoln Park Complex with a no-hitter, two extra-inning games and 11 teams won both their games.

Freshman Eliza Rossman struck out four over five innings in Linfield’s 12-0 rout of Rochester, following the (7-4) Wildcats’ 11-6 loss to St. Thomas, while top-ranked and defending Division III national champion Virginia Wesleyan (10-0) remained unbeaten with a 2-1 eight-inning victory over No. 17 Moravian (1-1).

The Marlins finally broke through in the bottom of the seventh, when Jessica Lindsay reached on an one-out error and later scored the tying run as Virginia Wesleyan collected four hits in the frame. After Moravian was unsuccessful in the top half of the eighth, the Marlins won it in the bottom half on Kerrigan Simpson’s one-out single over center fielder Emily Stanilious’ head, which plated Cassetty Howerin, who was placed at second to start the inning under international tiebreaker rules being used starting in extra innings at the tournament.

At the same time on a field immediately adjacent, Whitworth was busy edging William Paterson, 3-2, in eight innings. Both teams scored a pair of runs in the early innings — Whitworth first with two in the first, and William Paterson two of its own in the second.

The game remained tied at two until the bottom of the eighth, when Desi Graham drove in Chelsey Hayes with an one-out single after Natalie Edlin sacrificed Hayes to third after she was placed at second to start the inning and William Paterson walked the bases loaded to set up a force play at any base. Pioneers starter Andee Lupica and Whitworth pitcher Ashley Trueblood spread out eight hits apiece in the contest.

Other teams going 2-0 on day one were Berry, Claremont-Mudd-Scripps, East Texas Baptist, George Fox, Manhattanville, Massachusetts Institute of Technology, Pacific (Ore.), St. Catherine, St. Thomas and Trine — which rallied to win in both its games.

The Thunder fell behind Central, 3-0, after three innings, but found their offensive rhythm in the fourth, scoring five of their 11 unanswered runs to come away with a 11-3 victory in six innings. In its next contest against Babson, Trine was stymied by Beaver hurler Brooke Stock, managing just three hits over the first six frames. However, a leadoff walk, single and one-out, three-run home run by Makenna Hartline in the top of the seventh gave the Thunder their second straight come-from-behind victory.

George Fox’s two wins were highlighted by a nine-run third in its opener. The first nine batters reached base safely and scored, as the Bruins sent 14 batters to the plate in a 10-2 five-inning win over No. 20 Wisconsin-Oshkosh.

All 32 teams play two games apiece on each of the three days. A tournament champion and runner-up, as well as an All-Tournament team, will be recognized at the conclusion of day three. To keep track of the teams during the Leadoff, visit our NFCA.org Tournament Central by clicking HERE. For tournament photos, click HERE