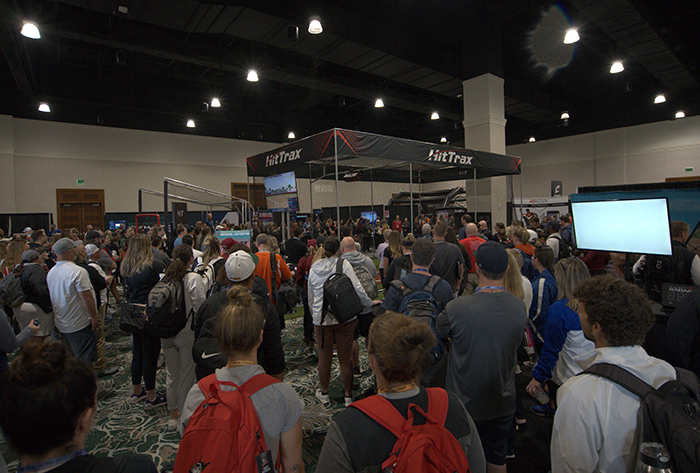 SAN ANTONIO, Texas - Four new members joined the NFCA Hall of Fame on day three of the 2022 NFCA Convention at the JW Marriott San Antonio Hill Country Resort & Spa. Additionally, there was a full lineup of speakers, the Softball Summit presented by USA Softball and giveaways during the Exhibit Show.

At the Summit, softball dignitaries - USA Softball’s Craig Cress, USA Baseball’s Jenny Dalton-Hill and Athlete’s Unlimited’s Sam Fischer -  provided overviews for the those in attendance. Additionally, each respective group representative on the Association’s Board of Directors provided insights into what they are working on for the betterment of game both on and off the field.

View the complete schedule HERE or download the Convention App to see a complete list of activities.

In addition to all the programming, attendees were able to get going early in the morning with a core strength workout and yoga, while some coaches gathered on the pickleball courts for a gathering in memory of the late Jan Gentry, who was the longtime NCAA Associate Director of Championships and Alliances for Division III softball.

Also on the docket was a Developing a Financial Gameplan by Morgan Stanley, along with the first-ever Resume Building programming and Director of Operations Roundtables.

Prior to the Hall of Fame reception and banquet that capped the evening, attendees were treated to a social by SANMAR Sports.

The final day features a second helping of Drills, Drills, Drills, the Awards Brunch, and track education for Assistant Coaches and Instructors, along with a new Playing Rules track (Obstruction, Instant Replay & Pitching).