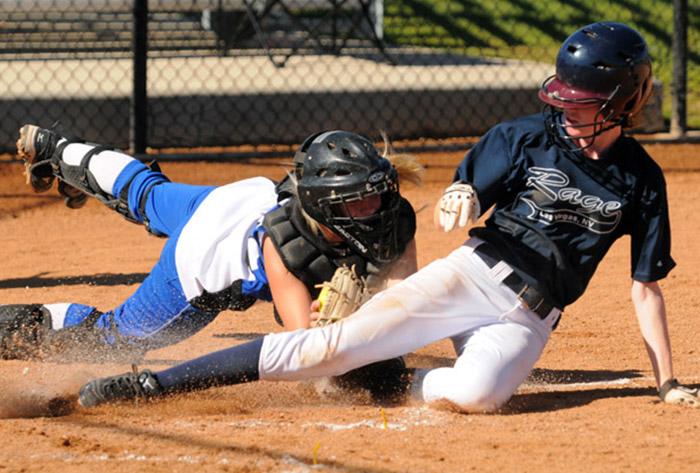 Spread across three states and two time zones, the 2015 Triple Crown World Series is ready for the taking. Throughout the five divisions in fastpitch softball (10u, 12u, 14u, 16u and 18u), this year’s tournament layout will feature a grand total of 372 teams from all around the nation. The 10u, 12u and 14u championships will be held July 13-18, with the 16u and 18u tournament running July 20-25.

For the 10u and 12u divisions, the rotating wheel of destinations lands on gorgeous Park City, Utah. Of the 94 teams headed to the tournament, the majority hail from the state of California. However, sprinkled in the field are a couple of competitive teams making further treks, like the Mizuno Impulse from Lucas, Texas.

Monday, July 13, marks the annual team parade. Prior any pitches thrown, teams will get to waltz through historic downtown Park City. The team parade sheds a light on the larger personalities and impressive costumes on participating squads and serves as a perfect bonding moment before the tournament gets underway.

As for the 14u division, they journey to sunny San Diego, California. Last year, the 14u division brought together 84 of the most elite teams in the country. This year, that number has ballooned to 130. As one might expect, California will again boast the majority of the representation, but the 14u field also features teams spreading as far east as Kansas and westward to Hawaii.

Even though it doesn’t provide the looming mountainous backdrop, bustling San Diego has plenty to offer this year’s participants, including picturesque shorelines.

In both San Diego and Park City on July 13, you’ll see the team skills competition. Five separate contests will be held and the sum total determines the eventual champion.

In the “Pitcher’s Duel” two pitchers will need to demonstrate two skills. The first is pure speed. One point is award for each mile per hour. The second, however, is accuracy. Throwing at a target, one point is awarded for hitting the target; you’ll earn five points if you put it through the target hole.

Next, teams will make their way to the “Speed and Accuracy Throw” requiring three teammates. The same rules apply as the “Pitcher’s Duel,” but this time the throw is overhand. Teams then will show off their speed in the “Pass the BATon” challenge. Six players will race around the bases in this relay-style competition hoping for the quickest time to boost their overall scores.

All nine players and their coach are involved in the “All In” challenge. Throwing around the horn in a designated pattern, teams will need to be quick yet accurate to score maximum points.

Finally, the “Bunting Challenge.” Testing perhaps one of the most quintessential fastpitch skills, teams will send up their best three bunters to the plate, each hoping to score big on their three attempts.

The 16u and 18u divisions will head to “The Biggest Little City in the World” for their crack at a World Series title. There will be 93 teams headed to Reno in 2015. The 16u division alone features teams from every state west of Colorado. The same story holds true in the 18u division, plus the addition of the KC Monarchs from Platte City, Missouri. Last year, it was the home state Fresno Force that came away with the World Series crown in San Diego after going 9-0-1 across the week.

The 16u and 18u divisions will get the opportunity to play in a showcase game on Monday, July 20. Instructed by college coaches, these athletes will be showing off their skills in front of coaches looking to embellish their rosters with talented players. More than 200 spots are available in this year’s showcase; more than 15 college coaches will be attending, including the hometown University of Nevada at Reno.

Monday also marks the World Series Team Bowling Party. Held in the infamous Reno National Bowling Stadium, every team is invited to enjoy great food and beverages, browse through the vendor tents and socialize with the other teams.

Of course, no Triple Crown event would be whole without pin trading. At all three locations teams will be actively trading, acquiring and collecting the latest and greatest pins from teams and players. And teams know to appreciate this fact: finish No. 1 through No. 4 in any one of the championships brackets, and your team will punch their ticket to next year’s World Series.